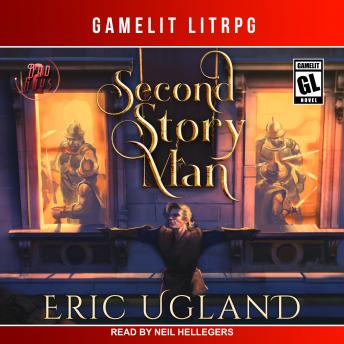 'Has your life here been so difficult? You seem to fail upward at every opportunity.'

So says Careena, the hag teaching Clyde Hatchett how to use magic. It certainly doesn't feel like that to Clyde, who's still got a day job scraping mud (at least he hopes it's mud) out of monster pits, and whose 'thieves' guild' is more concerned with baking cookies than with protecting him against a rival gang. He keeps accumulating roommates-like a freed sex slave and a retired paladin-who make him nervous, but for very different reasons. And let's not get started on the mimic that's taken up residence by Clyde's shower, or the supposedly tame grimeling in his closet . . .

And yet even with all the annoyances, distractions, and occasional death threats, Clyde's found himself at the center of a massive conspiracy to kill the Emperor. He's the only one with proof that could save the man, and take down an entire network of corrupt nobles, evil slavers, and power-hungry despots. Clyde really hopes Careena is right about him-the fate of the entire Empire depends on it.