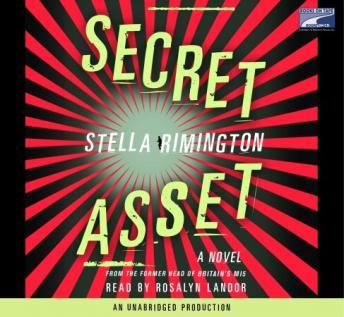 With her debut novel, At Risk, Stella Rimington introduced us to Liz Carlyle–a smart, impassioned MI5 intelligence officer whose talents and ambitions are counterbalanced by an abiding awareness of her job’s moral complexities. In Secret Asset, we are plunged back into her high-stakes, high-tension world.
Liz has always been particularly skilled at “assessing people,” and trusts her instinct that a terrorist cell is at work at an Islamic bookshop. But when her boss, Charles Wetherby, suddenly takes her off the case, she’s shocked to hear why: Wetherby has received a tip-off that a mole is at work in one of the branches of British Intelligence.
As her colleagues work to avert an impending terrorist strike, Liz is charged with the momentous task of uncovering and exposing the mole before it’s too late.