The Secret History of the World 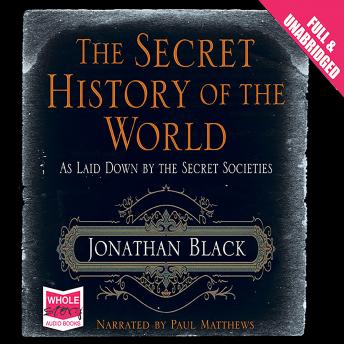 Here for the first time is a complete history of the world, from the beginning of time to the present day, based on the beliefs and writings of the secret societies. From the esoteric account of the evolution of the species to the occult roots of science, from the secrets of the Flood to the esoteric motives behind American foreign policy, here is a narrative history that shows the basic facts of human existence on this planet can be viewed from a very different angle. Everything in this history is upside down, inside out and the other way around. At the heart of The Secret History of the World is the belief that we can reach an altered state of consciousness in which we can see things about the way the world works that are hidden from us in our everyday, commonsensical consciousness. This history shows that by using secret techniques, people such as Leonardo da Vinci, Isaac Newton and George Washington have worked themselves into this altered state - and been able to access supernatural levels of intelligence. There have been many books on the subject, but, extraordinarily, no-one has really listened to what the secret societies themselves say. The author has been helped in his researches by his friendship with a man who is an initiate of more than one secret society, and in one case an initiate of the highest level.

Secret History of the World