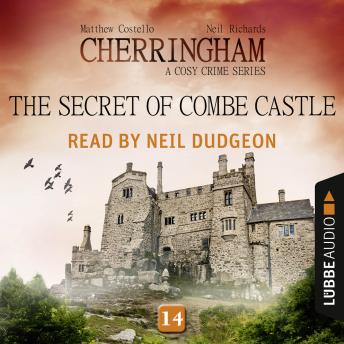 When the penniless FitzHenrys, proprietors of the rundown Combe Castle Heritage Site, find themselves victims of a threatening campaign to oust them from their ancestral home, Jack and Sarah are called in to track down the culprit. But nothing is what it seems at this castle - from the curious and unnerving waxwork displays of the 'Odditorium' to the in-laws and neighbours who can't wait to see the last of aristocratic couple. Soon Jack and Sarah discover that truth is often stranger than fiction, and in Combe Castle things do indeed go bump in the night ... Cherringham is a serial novel à la Charles Dickens, with a new audio episode released every two weeks. Set in the sleepy English village of Cherringham, the detective series brings together an unlikely sleuthing duo: English web designer Sarah and American ex-cop Jack. Thrilling and deadly - but with a spot of tea - it's like Rosamunde Pilcher meets Inspector Barnaby. Each of the self-contained episodes is a quick listen for the morning commute, while waiting for the doctor, or when curling up with a hot cuppa. For fans of Agatha Christie's Miss Marple series, Lilian Jackson Braun's The Cat Who series, Caroline Graham's Midsomer Murders, and the American TV series Murder She Wrote, starring Angela Lansbury. Co-authors Neil Richards (based in the UK) and Matthew Costello (based in the US), have been writing together since the mid 90's, creating content and working on projects for the BBC, Disney Channel, Sony, ABC, Eidos, and Nintendo to name but a few. Their transatlantic collaboration has underpinned scores of TV drama scripts, computer games, radio shows, and - most recently - the successful crime fiction series Cherringham. The narrator of the audiobook, Neil Dudgeon, has been in many British television programmes including the roles of 'DCI John Barnaby' in 'Midsomer Murders' and 'Jim Riley' in 'The Life of Riley'. He is also known for his film roles in 'The Nativity', 'Sorted' and 'Son of Rambow'. In 2012 Dudgeon starred as 'Norman Birkett' on BBC Radio 4's Afternoon Play series written by Caroline and David Stafford.

This title is due for release on November 10, 2017
We'll send you an email as soon as it is available!