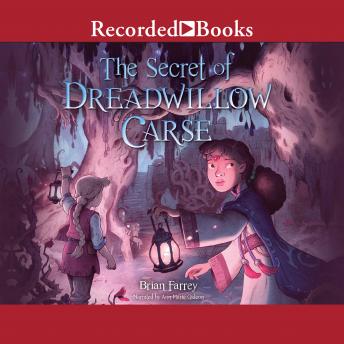 The Secret of Dreadwillow Carse

A princess and a peasant girl must embark on a dangerous quest to outwit a centuries-old warning foretelling the fall of the Monarchy in this thrilling modern fairytale. In the center of the verdant Monarchy lies Dreadwillow Carse, a black and desolate bog that the happy people of the land do their best to ignore. Little is known about it, except for one dire warning: If any monarch enters Dreadwillow Carse, then the Monarchy will fall. Twelve-year-old Princess Jeniah yearns to know what the marsh could possibly conceal that might topple her family's thousand-year reign of peace and prosperity. Meanwhile, in the nearby town of Emberfell, where everyone lives with unending joy, a girl named Aon hides a sorrow she can never reveal. She knows that something in the carse--something that sings a haunting tune only Aon can hear--holds the cure for her sadness. Yet no matter how many times she tries to enter, the terror-inducing dreadwillow trees keep her away. After a chance meeting, Princess Jeniah and Aon hatch a plan to send Aon into the heart of the carse to unlock its darkest secret. But when Aon doesn't return, a guilt-stricken Jeniah must enter the carse to try and rescue her friend--even if it means risking the entire Monarchy. The Secret of Dreadwillow Carse weaves together classic fairy-tale elements--a princess, a forbidden land, and a dangerous quest--in a clever, fast-paced adventure that explores the importance of asking questions and the power of friendship.