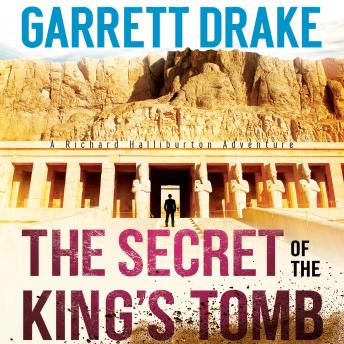 The Secret of the King's Tomb

A deep secret that only one man knew … until the whole world found out.


Following the end of World War I, the German Reichswehr set out on an ambitious—and unconventional—expedition to rebuild the military’s war chest beyond the auspices of the restrictive Treaty of Versailles. But when U.S. Army intelligence got wind of what the Reichswehr was doing, action was required. And Richard Halliburton was the man drafted into service.


Join Halliburton on this pulse-pounding adventure in his race to stop the Germans from uncovering one of the greatest artifacts—and secrets—in Egyptian history.


If you love the Indiana Jones franchise, Clive Cussler, or Dan Brown, you’re sure to enjoy this new series from Garrett Drake.

Secret of the King's Tomb

This title is due for release on March 24, 2019
We'll send you an email as soon as it is available!