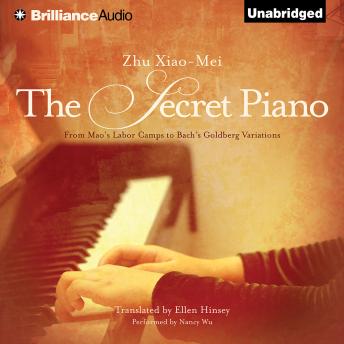 Zhu Xiao-Mei was born to middle-class parents in post-war China, and her musical proficiency became clear at an early age. Taught to play the piano by her mother, she developed quickly into a prodigy, immersing herself in the work of classical masters like Bach and Brahms. She was just ten years old when she began a rigorous course of study at the Beijing Conservatory, laying the groundwork for what was sure to be an extraordinary career. But in 1966, when Xiao-Mei was seventeen, the Cultural Revolution began, and life as she knew it changed forever. One by one, her family members were scattered, sentenced to prison or labor camps. By 1969, the art schools had closed, and Xiao-Mei was on her way to a work camp in Mongolia, where she would spend the next five years. Life in the camp was nearly unbearable, thanks to horrific living conditions and intensive brainwashing campaigns. Yet through it all Xiao-Mei clung to her passion for music and her sense of humor. And when the Revolution ended, it was the piano that helped her to heal. Heartbreaking and heartwarming, The Secret Piano is the incredible true story of one woman’s survival in the face of unbelievable odds—and in pursuit of a powerful dream.