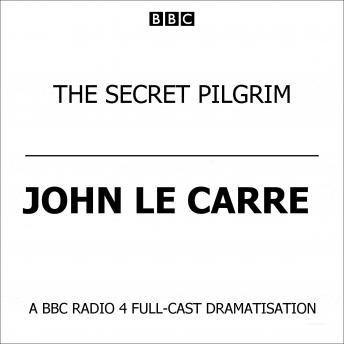 George Smiley is one of the most brilliantly realised characters in British fiction. Bespectacled, tubby, eternally middle-aged and deceptively ordinary, he has a mind like a steel trap and is said to possess ‘the cunning of Satan and the conscience of a virgin’. The Berlin Wall is down, the Cold War is over, but the world’s second oldest profession is very much alive. Smiley accepts an invitation to dine with the eager young men and women of the Circus’ latest intake; and over coffee and brandy, by flickering firelight, he beguilingly offers them his personal thoughts on espionage past, present and future. In doing so, he prompts one of his former Circus colleagues into a searching examination of his own eventful secret life. Starring the award-winning Simon Russell Beale as Smiley, and with a distinguished cast including Patrick Malahide as Ned, this engrossing dramatisation brings le Carré’s masterful novel vividly to life. 'A radio triumph... Simon Russell Beale’s pitch-perfect master spy' - Financial Times.