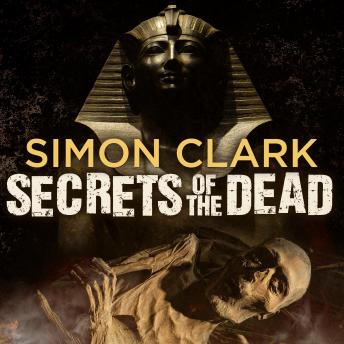 Egyptian tombs are sealed for a reason--and opening them is terrifying in this supernatural thriller by British Fantasy Award Winner Simon Clark.

Archaeologist John Tolworth is returning to Baverstock Castle in rural England where he spent his youth. He's been hired to decipher ancient papyri excavated a century ago with Egypt's Gold Tomb mummies. The summer job will also be a unique vacation for his wife Ingrid, teenage daughter Vicky and son Oliver. But as soon as John steps into the Gothic fortress, long buried memories of a childhood encounter with evil resurface. He can still hear the screams of his friend, Philip, inheritor of Baverstock, on a night thirty years ago. Lord Philip has been mentally unstable ever since, losing both his hand and his grip on reality in an unexplained accident.

Now, the cold silence of the stone castle will be broken by whispering. And soon, for John and his family, all the secrets of the dead will be revealed. In Baverstock Castle, when the people sleep, the mummies awaken. . .

'. . . evokes the horror of mummification and the unquiet dead.' Publisher's Weekly