Secrets of the Wolves: A Novel 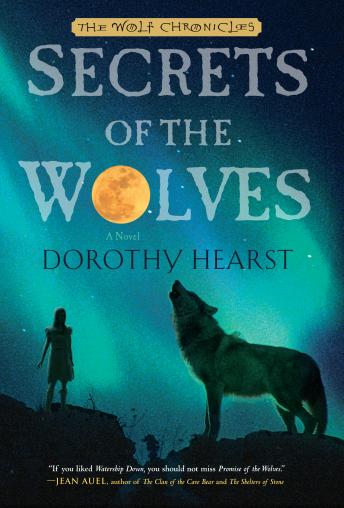 Years of research into the world of wolves combines with mythical tale-telling to present a fantastical adventure set in a world filled with lore. The rules of the Wide Valley wolves were clear: Never consort with humans; never kill a human unprovoked; never allow a mixed-blood wolf to live. But they were rules destined to be broken.

Now, in the second riveting installment of The Wolf Chronicles the stakes are higher than ever. Young Kaala of the Swift River pack shattered the rules of the valley and exposed the lies hidden beneath them. Now, responsibility for the consequences rests with her. Along with her young packmates and the humans they have befriended, she must find a way for the wolves and humans of the Wide Valley to live in harmony. If they succeed, Kaala will finally prove herself worthy of her pack. But if she fails, the Greatwolves who rule wolf-kind will kill every wolf and human in the valley.

Told from the wolf ’s point-of-view and set 14,000 years ago in a time when the cultures of wolves and humans were not so different, Secrets of the Wolves transports us to a world where instincts are our only compass and cooperation between potential enemies could mean the difference between life and death.

Secrets of the Wolves: A Novel