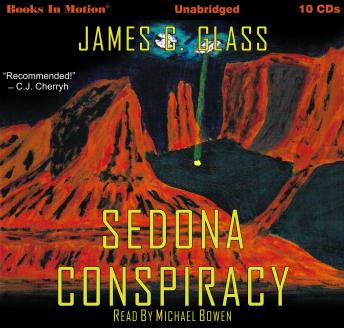 NSA agent Eric Price is sent to Sedona, Arizona to investigate strange activities at a secret underground base. A new type of stealth aircraft is being tested there, he discovers. But there's something odd about the set-up, and Eric must investigate further. With the help of the beautiful Nataly, he begins to penetrate the mystery of the Sedona Conspiracy, and discovers that it has extraterrestrial origins. But more than one alien race is involved, and suddenly Eric and Nataly find themselves caught between two warring species ? one of which may be their own! An exciting science fiction thriller in the grand tradition!

This title is due for release on February 1, 2020
We'll send you an email as soon as it is available!