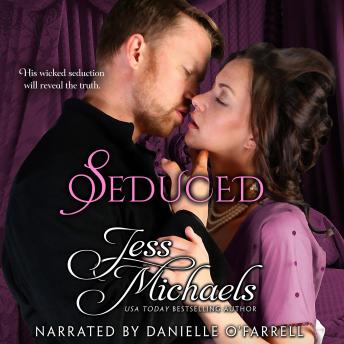 A hot historical romance from USA TODAY Bestselling Romance Author Jess Michaels
Criminal Jack Blackwood has plenty of problems, from his complicated relationship with his brother to the plethora of men coming to dethrone him as king of the underground. What he doesn't need is a rich, bored gentleman showing up to try to join his gang. Worse, he doesn't need that gentleman's sister, Lady Letitia Seagate, chasing after him demanding he keep her brother safe. If only the lady weren't so damned intriguing.
Widowed Letty is desperate to protect her younger brother, even if it means matching wits with the notorious, charismatic Captain Jack. Only the man has far more to him than she ever expected, and his tempting kisses and smoldering promises leave her wanting more than she has ever dared before. Can Jack uncover the truth behind Letty's darkest lies? And will they both survive the storm about to strike at the very heart of their passion?
Sensuality level: Hot and steamy
This book can be listened to as a stand-alone audiobook, but is part of a series (The Wicked Woodleys).