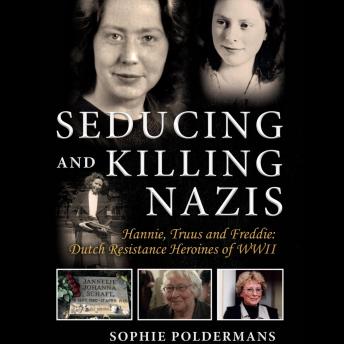 This is the astonishing true story of three teenage Dutch girls, Hannie Schaft and sisters Truus and Freddie Oversteegen, that has inspired many throughout the world. When Nazi Germany invaded the Netherlands in World War II, these girls took up arms against the enemy by seducing high-ranking Nazi officers, luring them into the woods and killing them. They provided Jewish children with safe houses and gathered vital intelligence for the resistance. They did what they did 'because it had to be done.' Above all, they tried to remain human in inhuman circumstances. Hannie Schaft was executed by the Nazis three weeks before the end of the war and became the icon of female Dutch resistance. Truus and Freddie Oversteegen survived the war, but were forever haunted by the demons of their past.