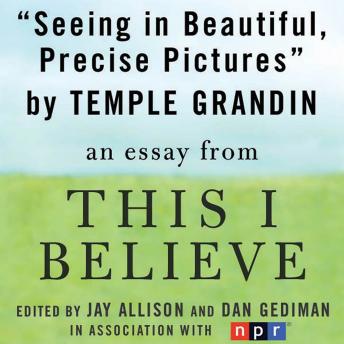 Seeing in Beautiful, Precise Pictures: A 'This I Believe' Essay

Animal expert Temple Grandin describes the benefits of the concrete thinking that accompanies her autism, in 'Seeing in Beautiful, Precise Pictures,' her contribution to NPR’s This I Believe series.