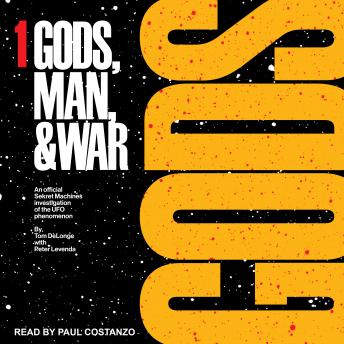 The first volume in Gods, Man, & War, Gods introduces the listener to some of the critical issues that are foundational to an intelligent and enlightened grasp of the revelations that will follow in the next two volumes. There is another Force in the universe of our Reality, another context for comprehending what has been going on for millennia and especially in the last seventy years. Sekret Machines is the result of input from scientists, engineers, intelligence officers, and military officials-a group we call the Advisors-and transcends the speculation of journalists, historians, and others whose conclusions are often either misinformed or only tease around the edges of the Sekret Machines. The listener will not discover wild theories or unfounded claims, but instead will confront a solid-if often unsettling-reality, one that demands the collaboration of all of us in every field of human endeavor if we are to understand it and manage its effects.

If nothing else, listeners will come to the conclusion that the Phenomenon is not what they think it is. It is, in fact, much more serious and potentially much more threatening than they can imagine.