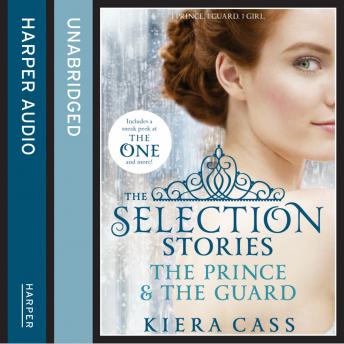 The Selection Stories: The Prince and The Guard

It's swoon meets the Hunger Games in THE SELECTION series!

Two captivating Selection stories - 'The Prince' and 'The Guard' plus an early sneak peek at 'The One', Q&A with Kiera Cass and more...

'The Prince':
Before America arrived at the palace to compete in the Selection, there was another girl in Prince Maxon's life.

A captivating view into the heart of Prince Maxon before he fights to win America Singer's love.

'The Guard':
Raised as a Six, Aspen Leger never dreamed that he would find himself living in the palace as a member of the royal guard. An inside look at Aspen's life within the palace walls - and the truth about a guard's world that America will never know.

Selection Stories: The Prince and The Guard