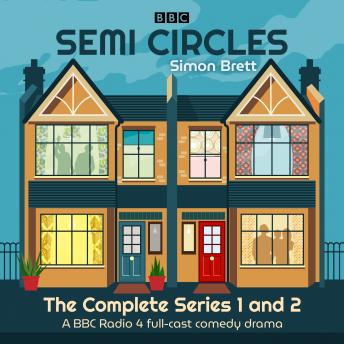 Helen and Ben have recently moved into a lovely semi-detached house in an up-and-coming area, and are eager to restore their home to its original character (complete with open fireplace in the living room and milkmaid's yoke on the wall). They're also keen to host dinner parties and mix with the right sort of people - to the bafflement of their elderly neighbour, Mrs Kelly, who's lived in the neighbourhood all her life and preferred it before it filled up with middle-class incomers.

In these twelve episodes, Ben and Helen join an action committee to oppose the opening of a new restaurant on their street, contemplate the attractions of the countryside and squabble over spending Christmas with Helen's mother in West Wittering. Plus, Helen flirts with feminism, Ben contemplates private education, and the couple unite to fight the forces of materialism...

Written by Simon Brett, whose sitcom credits include After Henry, this improving story of life and improving times in an improving neighbourhood stars Paula Wilcox as Helen and David Wood as Ben.