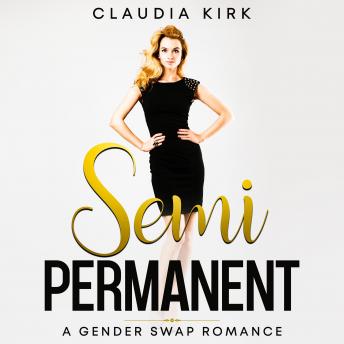 Eric has finally reached the end of what he swears must have been the longest semester ever, and this weekend he has plans to celebrate. One of his friends is throwing a costume party, and the prize for most dramatic transformation? Turns out the guy hosting the party has an extra place on the ski trip he always takes over winter. Eric can definitely imagine himself on a snowboard, and he is determined to come up with the ultimate costume. One where no one is going to recognize him. He has always thought he might make a fairly attractive and convincing woman, but to pull this off he is going to need some help…

Luckily, he has been chatting with his next-door neighbor, Meredith, for months. Honestly, he has a bit of a crush on her, but she doesn’t seem to respond to his flirting. Still, she seems like his best bet for help with makeup, since she always looks flawless even if she is just gardening in her front yard. Eric asks her for some tips and her face lights up. “Oh I know exactly the thing!” Meredith exclaims. “Come over a few hours before the party, and I’ll help you get ready.”

The only issue is that Meredith’s disguise is a little too convincing. Eric wins the prize, but when he wakes up the next morning, he notices something is different. His hips are wider, his skin is softer… his voice has changed. Eric is still Erica, and this is way more than can be explained away with makeup. Erica bangs on Meredith’s door, upset and confused.

“When does this wear off?” she demands to know, her voice higher than it was a day ago.

“Did I not tell you? It’s sort of… semi-permanent. Like hair dye” Meredith says. “I don’t know why you’re upset though… you’re pretty hot like this.” She smiles up at Erica, who suddenly realizes that maybe there could be a silver lining to this temporary swap…