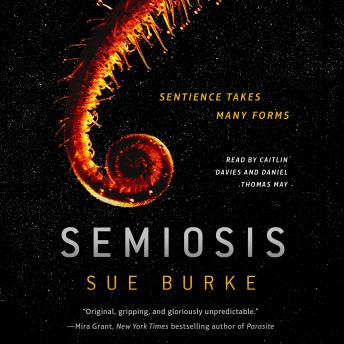 Only mutual communication can forge an alliance with the planet's sentient species and prove that mammals are more than tools.

Forced to land on a planet they aren't prepared for, human colonists rely on their limited resources to survive. The planet provides a lush but inexplicable landscape—trees offer edible, addictive fruit one day and poison the next, while the ruins of an alien race are found entwined in the roots of a strange plant. Conflicts between generations arise as they struggle to understand one another and grapple with an unknowable alien intellect.

I requested this book knowing very little about it besides it being sci-fi (and I can always go for a good sci-fi). As I began the journey, I expected the main character, a rainbow bamboo plant, to be some evil killer plant with ulterior motives, or to have some sinister secret. But it wasn't like that at all. he story revolves around a colony of earth scientists who go to another planet in an attempt to get away from hate, war, famine, and injustice... and end up repeating history within the first generation. Luckily, some of the new citizens have their head on straight and the colony continues to thrive under the loving care of a sentient plant. I still have some questions about the book... About the backstory, about the reasoning behind the First Generation and their choices, about the "Glass-makers," etc. But I think the book ended on a note that will allow for either future books, or an open ending to provide excellent discussion.  This would be a perfect book for a book club (Have you seen this one?) and was exciting and entertaining through the entirety. It was well written and decently narrated (despite the female voice being done by Caitlin Davies, who isn't bad, just isn't my favorite). Content/Recommendation - some violent scenes, including a semi-violent rape scene and a few murders. No language. Ages 18+