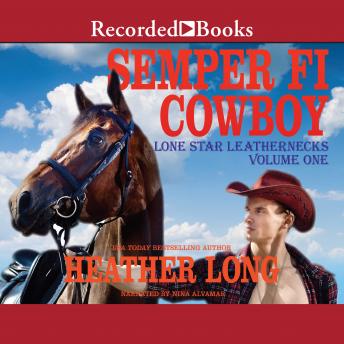 A Leatherneck by any other name can still kick ass, which is just what retired United States Marine Corps Captain Tanner Wilks plans to do when he returns to his Texas family ranch to care for his ailing father. And nothing will stop him from achieving his mission-not even a lithe, brown-eyed town veterinarian who seems hell-bent on driving him wild. Captain Tanner Wilks, honorably discharged from the U.S. Marine Corps, returns home to find his father struggling after his latest heart attack. Worse yet, Julia Heller-the sexy new girl in town that he once spent a hot night with-is the resident veterinarian who's made a home for herself at Round Top ranch, and doesn't seem to be in a rush to repeat their time together. It falls on Tanner's shoulders to take on the ranch and keep an eye on his father before he falls victim to another heart attack. But Julia doesn't appreciate Tanner coming in or pursuing her. Even if he's hot as hell and can make her quiver with just a look. Ousting her may give Tanner the leverage he needs to corral his father, but first he has to wrestle with his own heart.