The Senator Next Door: A Memoir from the Heartland 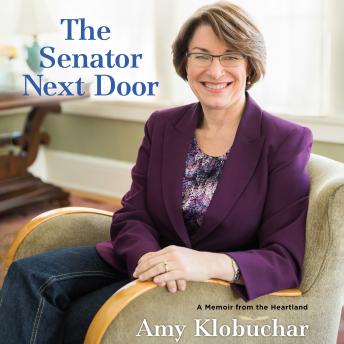 One of the U.S. Senate's most candid--and funniest--women tells the story of her life and her unshakeable faith in our democracy

Minnesota Senator Amy Klobuchar has tackled every obstacle she's encountered--her parents' divorce, her father's alcoholism and recovery, her political campaigns and Washington's gridlock--with honesty, humor and pluck. Now, in The Senator Next Door, she chronicles her remarkable heartland journey, from her immigrant grandparents to her middle-class suburban upbringing to her rise in American politics.

After being kicked out of the hospital while her infant daughter was still in intensive care, Klobuchar became the lead advocate for one of the first laws in the country guaranteeing new moms and their babies a 48-hour hospital stay. Later she ran Minnesota's biggest prosecutor's office and in 2006 was the first woman elected to the U.S. Senate from her state. Along the way she fashioned her own political philosophy grounded in her belief that partisan flame-throwing takes no courage at all; what really matters is forging alliances with unlikely partners to solve the nation's problems.

Optimistic, plainspoken and often very funny, The Senator Next Door is a story about how the girl next door decided to enter the fray and make a difference. At a moment when America's government often seems incapable of getting anything done, Amy Klobuchar proves that politics is still the art of the possible.

Senator Next Door: A Memoir from the Heartland