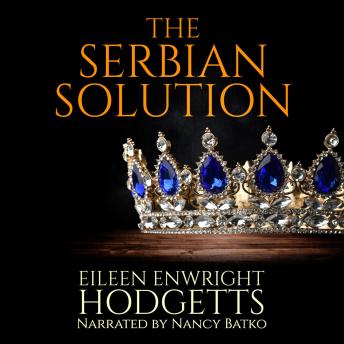 A kidnapping, a woman's suppressed deadly memory, a nation's future at stake... In a drug-induced dream in a US hospital, Lizbeth retrieves a suppressed memory from her European childhood. It leads to her own kidnapping and a wild chase across England and Wales in the company of a reluctant American doctor. In a tiny village in western England, a deluded old man dreams of becoming a king. And in a London apartment an old lady, born in the days of the Czars, maintains a guilty secret of tainted royal blood. Set amidst the turmoil at the end of the Cold War, The Serbian Solution is a thrilling tale of adventure and romance, culminating in a desperate final voyage into the Atlantic as a group of veteran soldiers fight to keep an oath made in World War II; to restore a king to his throne.
Buy the The Serbian Solution today and get immersed in a deadly chase to attempt to restore a European monarchy!