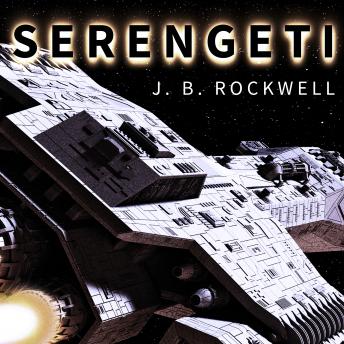 It was supposed to be an easy job: find the Dark Star Revolution Starships, destroy them, and go home. But a booby-trapped vessel decimates the Meridian Alliance fleet, leaving Serengeti-a Valkyrie class warship with a sentient AI brain-on her own; wrecked and abandoned in an empty expanse of space.

On the edge of total failure, Serengeti thinks only of her crew. She herds the survivors into a lifeboat, intending to sling them into space. But the escape pod sticks in her belly, locking the cryogenically frozen crew inside.

Then a scavenger ship arrives to pick Serengeti's bones clean.

Her engine's dead, her guns long silenced; Serengeti and her last two robots must find a way to fight the scavengers off and save the crew trapped inside her.