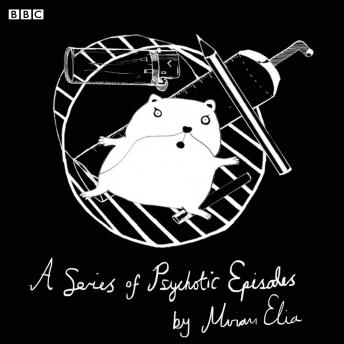 Following a successful run on Radio 7, Miriam Elia's fantastical Sony Radio Academy Award nominated comedy sketch series transfers to Radio 4 for a second series, with new characters and a few familiar faces. Originally broadcast from 29 September 2010 - 20 October 2010, this download offers another chance to step inside the deranged mind of comedian Miriam Elia (winner of BBC Radio 7's 'Witty and Twisted' competition).In 'A Series of Psychotic Episodes', Moses receives his first Commandments, Captain Empathy tries to avert disaster, Edward the Hamster makes a friend, and Sweep has an interesting story about his life before he met Sooty. Meanwhile Postman Pat finds out that his life so far is based on a lie, and 'Darwinian Families' launch a new toy range...
This slightly skewed sketch comedy features the voices of Rachel Atkins, Miriam Elia, Pippa Evans, Geoff McGivern, David Reed and Dan Tetsell.