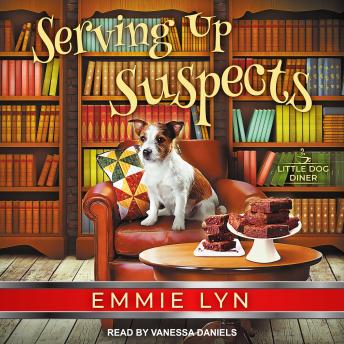 As it turns out quilting is the deadly new fad people are just dying to try . . . And here I thought the annual quilt auction would be a boring way to spend an evening!

One big murder in my tiny hometown was more than I ever wanted to see, but now the death toll has risen to two. Eek!

Hey, at least I've got my favorite ten-pound bundle of mischief at my side for good. My Jack Russell buddy, Pip, and I are experienced amateur detectives now and we're more than ready to put another tough case to bed.

The problem is that the murder victim had no known enemies, which begs the question: Who would actually want her dead? For this tricky catering gig, it looks like we'll be serving up suspects instead of dessert. Can we catch the killer in time to save the fundraiser . . . and maybe even some lives along the way?