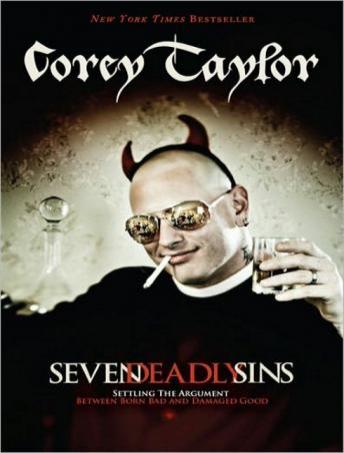 For the first time, Slipknot and Stone Sour frontman Corey Taylor speaks directly to his fans and shares his worldview about life as a sinner. And Taylor knows how to sin. As a small-town hero in the early '90s, he threw himself into a fierce-drinking, drug-abusing, hard-loving, live-for-the-moment life. Soon Taylor's music exploded, and he found himself rich, wanted, and on the road.

His new and ever-more-extreme lifestyle had an unexpected effect, however; for the first time, he began to actively think about what it meant to sin and whether sinning could-or should-be recast in a different light. Seven Deadly Sins is Taylor's personal story, but it's also a larger discussion of what it means to be seen as either a 'good' person or a 'bad' one. Yes, Corey Taylor has broken the law and hurt people, but, if sin is what makes us human, how wrong can it be?