Seven Shades of You 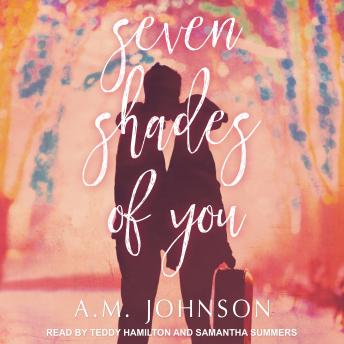 Her world was color. Canvas and paint. Indie O'Connell lived inside her head. Her voices the muse. And as a freshman at St. Peter's College, all she wanted, was to create a name for herself with the brush in her hand.

His world was over. Despite his humble upbringing, Kai Carter seemed to have it all. Captain of the swim team and a full scholarship. His golden boy status a mask he had to wear to keep his dream and his family afloat. All the pieces of his life dangled precariously from his fingertips.

Forced to fight a battle he'd never signed up for, Kai's loyalty turned out to be his undoing, and like a good captain, no matter what the cost, he'd gone down with the ship.

They never planned for their worlds to collide. He was her brother's best friend. She was supposed to be invisible.

Being together, regardless of how much they wanted it, was a line they'd never cross. But when lives get messy, lines get blurred, and in love, nothing is ever black and white.

Seven Shades of You