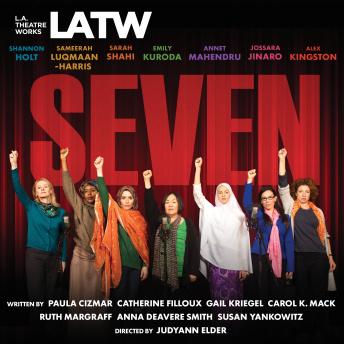 Seven women give voice to the voiceless. Seven is a documentary play created with the support of Vital Voices Global Partnership and is a collaboration between the playwrights and seven female activists from around the globe, telling inspiring stories of overcoming adversity to effect real change and improve the lives of women.

Directed by Judyann Elder and recorded live in performance in January 2017 at UCLA's James Bridges Theater.