The Severan Dynasty: The History and Legacy of the Ancient Roman Empire's Rulers Before Rome's Imperial Crisis 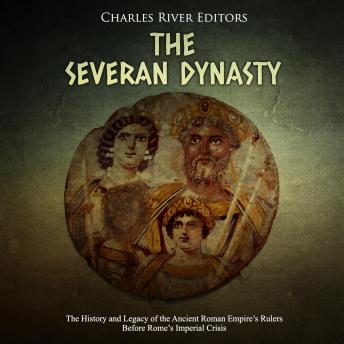 The Severan dynasty came shortly after the Five Good Emperors, and it also consisted of five emperors who ruled the empire from 193-235, except for a brief interlude between 217 and 218 when Macrinus held the imperial throne. In chronological order, the five were Septimius Severus the Founder (193-211), Caracalla (198-217), Geta (209-211), Elagabalus (218-221), and Alexander Severus (222-235). Their reigns coincided with the period in Roman history characterized by academics as the 'High Point' of the empire,[1] but this specific dynastic period, following the troubled years after the rule of Marcus Aurelius' son Commodus, did not see the empire return to the heights reached under the Five Good Emperors.[2] It was a period in which the inherent weaknesses of the imperial system were exacerbated, and the policies of successive emperors paved the way for the era generally known as Rome's Imperial Crisis or "The Time of Chaos" (235-284).
Septimus would go on to restore order following the brief civil war of the 190s, though the success of the other Severans' ability to hold the empire together should not be underestimated. By the time of Elagabalus and Alexander Severus, imperial authority was in decline, and Rome faced formidable external challenges to its very existence. The Severans, also known as the Septimii, were of Punic African and Italian origin. The family hailed from the equestrian order and had risen steadily so that by the time of the dynasty's birth, the first two members had already become senators and consuls. Septimius was to become the first emperor of North African origin, and he established the dynasty at the helm of the empire in one of its most difficult periods.
The Severans' story encapsulates many highs and lows, including able and venal emperors, expansion and loss of territory, great artistic achievements, and intellectual advancements, coupled with some of the worst cruelty ever perpetrated by Romans. The Severans have also fared well historically thanks to their successors, because the 50 years following the assassination of Severus Alexander on March 19, 235 has been generally regarded by academics as one of the lowest points in the history of the Roman Empire. Severus Alexander was the last of the Severan emperors, and the subsequent years of crisis (235-285) were characterized by a series of short reigns, usually ending in the violent death of the reigning emperor. At the same time, this period of time also saw the empire beset by threatening forces on all sides. The Romans faced a newly resurgent Persia in the east, as well as significant forces from German tribes on the Rhine and Goths along the Danube. The various conflicts would result in the unprecedented death of a sitting emperor in battle, which took place in 251 with Emperor Decius, and Emperor Valerian was also captured in 260.
The Severan Dynasty: The History and Legacy of the Ancient Roman Empire's Rulers Before Rome's Imperial Crisis looks at these emperors' lives and reigns, and how Rome flourished during that time. Along with pictures depicting important people, places, and events, you will learn about the Severan dynasty like never before.

Severan Dynasty: The History and Legacy of the Ancient Roman Empire's Rulers Before Rome's Imperial Crisis