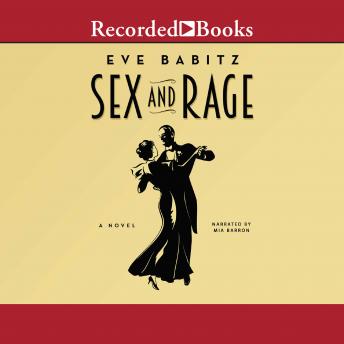 'Her words are worth a thousand moving pictures!' --Joseph Heller The popular rediscovery of Eve Babitz continues with this very special reissue of her novel, originally published in 1979, about a dreamy young girl moving between the planets of Los Angeles and New York City. We first meet Jacaranda in Los Angeles. She's a beach bum, a part-time painter of surfboards, sun-kissed and beautiful. Jacaranda has an on-again, off-again relationship with a married man and glitters among the city's pretty creatures, blithely drinking Pink Ladies with any number of tycoons, unattached and unworried in the pleasurable mania of California. She rises from the mists to the discovery that she's twenty-eight, jobless, with no sense of purpose; that her wild friendships with Gilbert and Max and Etienne might not be as real as they seem. So she pries herself away from this immensely seductive place and moves to New York, to seriousness and work, to meet the agents of her new world. Sex and Rage delights in its sensuous, dreamlike narrative and its spontaneous embrace of fate, work, and of certain meetings and chances. Jacaranda moves beyond the tango of sex and rage into the open challenge of a defined and more fulfilling expressive life. Sex and Rage further solidifies Eve Babitz's place as a singularly important voice in Los Angeles literature-haunting, alluring, and alive.