Sex in the Museum: My Unlikely Career at New York's Most Provocative Museum 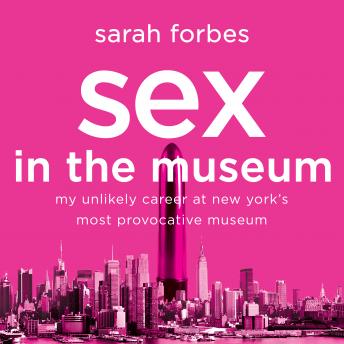 Sarah Forbes was in graduate school when she stumbled upon a museum dedicated to . . . sex. The anthropology student hesitated when her boyfriend suggested that she apply for a job, but apply she did, and it wasn't long before a part-time position at New York's Museum of Sex led to a gig as the museum's curator. That was over twelve years ago. Now Sarah-a married mother of two-proudly sports her title as Curator of Sex.

In Sex in the Museum, Sarah invites listeners to travel from suburban garages where men and women build sex machines, to factories that make sex toys, to labyrinthine archives of erotica collectors. Escorting us in to the hidden world of sex, illuminating the never-talked-about communities and eccentricities of our sexual subcultures, and telling her own personal story of a decade at the Museum of Sex, Sarah asks us to grapple with the same questions she did: When it comes to sex, what is good, bad, deviant, normal? Do such terms even apply? If everyone has sexual secrets, is it possible to really know another person and be known by them? And importantly, in our hyper-sexualized world, is it still possible to fall in love?

Sex in the Museum: My Unlikely Career at New York's Most Provocative Museum