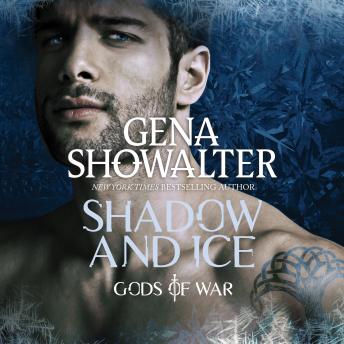 “I love this world…this is Gena Showalter at her best!”—J.R. Ward, #1 New York Times bestselling author

Gena Showalter, the New York Times bestselling author who brought you the Lords of the Underworld, introduces a scorching new paranormal romance series…Gods of War

Knox of Iviland, the most ruthless warrior in All War history, has spent his life fighting others to the death, winning new realms for his king. Now the stakes are higher than ever. If he prevails in the battle for Earth, his slave bands will be removed. Victory is his sole focus…until he meets her.

On an arctic getaway with her foster sister, street tough but vulnerable Vale London is shocked to stumble upon a cave filled with ancient gods waging epic combat. When she is inadvertently drawn into their war, she is forced to team up with an unlikely ally—the sexy god who makes her burn with desire.

Though Vale is his enemy, Knox is consumed with lust and a fierce need to protect her. But only one combatant can triumph, and he will have to choose: live for freedom, or die for love.

Don't Miss The Immortal, the second dark and sexy book in Gena Showalter's Rise of the Warlords series, featuring a cold and merciless assassin and a stubborn harpy warrior, both forced to relive the same day over and over in the hopes of saving her life.