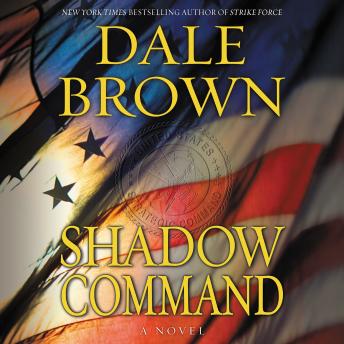 America’s most advanced miltary unit rebels against the very government it’s trying to protect in this pulse-pounding military thriller chock-full of suspense, adventure, and high-tech weaponry.

Following their success in crushing an Iranian threat, General Patrick McLanahan’s new “Aerospace Battle Force” has grown into a full-fledged task force, based on the Armstrong Space Station. But the program has its critics, including Russia, the United Nations, and the American press. Newly elected, President Joseph Gardner directs congress to cut off funding for this provocative force and dismisses McLanahan. What no one knows is that the Russians have blackmailed Gardner—the first step in a nefarious plan to control the world’s oil supplies .

With the ABF decommissioned, Russia deploys troops and warships into Turkmenistan, Iran, and the Persian Gulf. But McLanahan and his forces refuse to allow the Russian aggression to stand. Defying the civilian chain of command he orders the ABF to strike their forces.

The president orders McLanahan’s immediate arrest. But before authorities can throw him in jail, they have to find him. Located at one of the most secure bases, with an arsenal of the world’s most sophisticated air weapons, he has control of the Aerospace Battle Force and the Armstrong Space Station. Army, Marine Corps, and FBI units converge on the base, but they are easily held off—for now. In a race against time, McLanahan must outmaneuver his own countrymen, and defeat the Russians, and expose the truth . . .