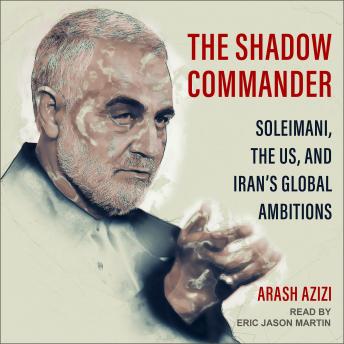 The Shadow Commander: Soleimani, the US, and Iran's Global Ambitions

Until his assassination by US drone strike in January 2020, commander Qassem Soleimani was one of the most powerful men in Iran and the military spearhead for Iranian foreign policy, enacting the wishes of the country's Supreme Leader in the region. A widely popular but also feared maverick operator, he helped to establish the Islamic Republic as a major force in the Middle East, with interventions in Afghanistan, Iraq, Syria, and Yemen. This was a long way from where he began as a youth, living on the margins in a country ruled by a monarch supported by the United States.

In this engaging account, historian Arash Azizi examines Soleimani's life, regional influence, and future ambitions. The Shadow Commander breaks new ground through interviews with Iranians, Afghans, Iraqis, and Syrians who knew Soleimani for years, including his personal driver, the aides who accompanied him to his Moscow meeting with Vladimir Putin, and his brother. Ultimately, Azizi uses the story of this one important figure to make sense of the global ambitions of Iran, a country whose actions are much talked about but seldom understood.

Shadow Commander: Soleimani, the US, and Iran's Global Ambitions

This title is due for release on December 15, 2020
We'll send you an email as soon as it is available!