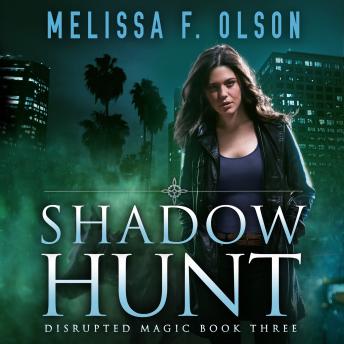 For years now, Scarlett Bernard has counted on two things: her ability to nullify magic, and Shadow, the bargest who guards Scarlett with her life. But after a sudden revelation turns Scarlett’s world upside down, she panics and leaves town without warning, leaving Shadow with her partner, Jesse. In the chaos that follows, the bargest is stolen—and Jesse nearly dies from a brutal psychic assault.

It seems that an old enemy has returned for revenge—and the attack on Shadow was only the beginning. As Scarlett races home to find the bargest and rescue her friends, she is dragged deeper into a terrifying legend that has somehow found its way to present-day Los Angeles.

Now she will have to recruit every possible ally for a battle that will test her null ability to the limit. Scarlett has been in over her head before, but now she risks losing everything…and she’s never had more to lose.