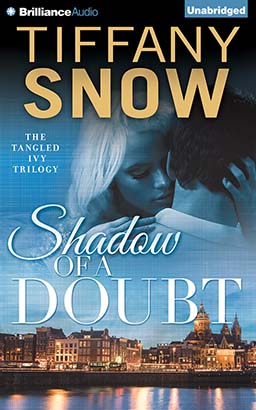 Shadow of a Doubt

Ivy Mason has it all: beauty, a plush apartment, a fancy car, and a debonair British spy boyfriend who pays all her bills. If only her boyfriend was in her life—and her bed—more than just sporadically. Part of an underground British agency called the Shadow, Devon Clay knows that secrecy is what has kept him alive. Anyone he loves is a liability, and being involved with him puts the other person in grave danger. Yet Ivy is someone his heart can’t resist. When an enemy from Devon’s past returns, the spy and his girlfriend are thrown headlong into an international conspiracy that puts everyone Ivy loves at risk. From the Missouri River bottoms to the brothels of Amsterdam, Ivy and Devon must outrun and outmaneuver the forces allied against them, and no one can be trusted.

Shadow of a Doubt