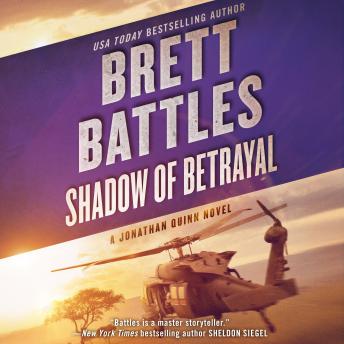 The meeting place was carefully chosen: an abandoned church in rural Ireland just after dark. For Jonathan Quinn—a freelance operative and professional “cleaner”—the job was only to observe. If his cleanup skills were needed, it would mean things had gone horribly wrong. But an assassin hidden in a tree assured just that. And suddenly Quinn had four dead bodies to dispose of and one astounding clue—to a mystery that is about to spin wildly out of control.

Three jobs, no questions. That was the deal Quinn had struck with his client at the Office. Unfortunately for him, Ireland was just the first. Now Quinn, along with his colleague and girlfriend—the lethal Orlando—has a new assignment touched off by the killings in Ireland. Their quarry is a U.N. aide worker named Marion Dupuis who has suddenly disappeared from her assignment in war-torn Africa. When Quinn finally catches a glimpse of her, she quickly flees, frantic and scared. And not alone.

For Quinn the assignment has now changed. Find Marion Dupuis, and the child she is protecting, and keep them from harm. If it were only that easy.

Soon Quinn and Orlando find themselves in a bunker in the California hills, where Quinn will unearth a horrifying plot that is about to reach stage critical for a gathering of world leaders—and an act of terror more cunning, and more insidious, than anyone can guess.

Fast, smart, sleek, and stunning, Shadow of Betrayal is vintage Brett Battles: a gritty, gripping masterpiece of suspense, a thriller that makes the pulse pound—and stirs the heart as well.