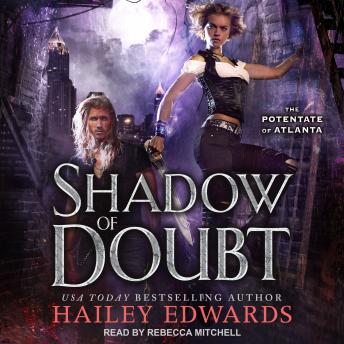 Some days it's hard for her to tell fact from fiction, but only one truth matters. Goddess willing, she's going to be the next Potentate of Atlanta. Even if it means playing nice with Midas Kinase, a shifter whose mysterious past might just be grimmer than her own.

When a bloodthirsty rogue begins hunting the city's paranormals, Hadley ropes Midas into letting her work the case. But that rope starts to feel more like a noose as they come closer to discovering not only the rogue's identity, but each other's darkest secrets.