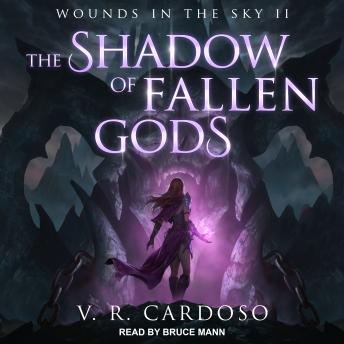 The Shadow of Fallen Gods

If not even death can stop a God, what can?

Aric may have found a new home and a new family in the desert, but once more, the emperor rears his ugly head. This time his Paladins are coming to seize not only the Guild, but Aric himself. Meanwhile, in the north, as Cassia flees the imperial hounds close on her heels, Fadan seeks the support of a rebellion fragmented by politics and personal interests.

However, it is not just the wars of men that threaten the world of Arkhemia. Eliran, on a mission to assassinate Head-Archon Astoreth, discovers that the Circle is in possession of an ancient artifact created by the gods themselves.

Winds of war are rising, and in the coming chaos, the Circle's sinister plans can only blossom. Can they be stopped? Is it already too late?