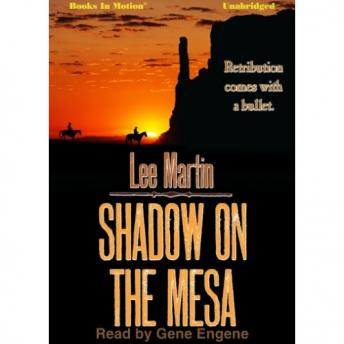 Shadow on the Mesa

"When Wes Montana's Arapaho mother is murdered the hired gun discovers his white father Ray Eastman who had abandoned them before Wes was born is still alive wealthy with family and may have ordered her death. Swearing vengeance on his own father Wes yet finds himself on his father's side in the middle of a range war fueled by Eastman's unfaithful wife. Wes likes his half-brother but is afraid of Rosalie a beautiful Irish orphan even as the war explodes in a fight to survive against all odds before the truth is known. Shadow on the Mesa follows the fight for survival as bad men outnumber the good and Wes Montana's thirst for vengeance against his own father takes an unexpected turn.

Shadow on the Mesa