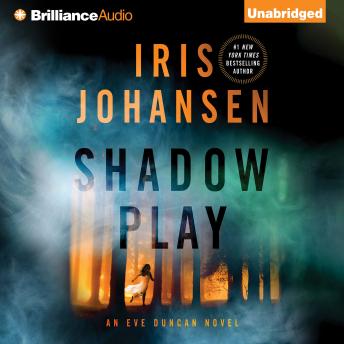 Eve Duncan: the most sought-after artist in the field of forensic sculpting. Dedicated to her work ever since her daughter Bonnie was taken and killed at the age of seven, Eve feels a sense of duty to those whose lives were lost and whose bones are now in her hands.

When a sheriff in California contacts her with a request for help on the reconstruction of the skull of a girl whose body has been buried for eight years, his fierce investment in the case puzzles her. But when Eve finds herself experiencing an unusual connection with the girl she calls Jenny, she becomes entangled in the case more intensely than she could have ever imagined. Not since Bonnie has Eve had such an experience, and suddenly she finds herself determined to solve the murder and bring closure to the crime.

When the killer discovers that Eve Duncan is on the case, he begins to move in. First, eliminating those most remotely involved. Then, targeting those more closely tied to Jenny. And he won't rest until anything and anyone that could reveal his identity is eliminated-but even that won't satisfy him. He wants something more. One girl escaped from him, and she is his ultimate prize....

With a breakneck pace, shocking twists, and deeply affecting characters, Shadow Play begins a new chapter for Eve Duncan, and nothing will ever be the same....