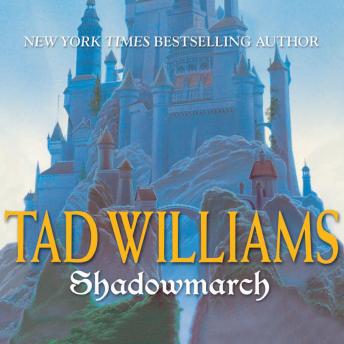 For generations the misty Shadowline has marked the boundary between the lands of men and the lost northern lands that are the lair of their inhuman enemies, the ageless Qar. But now that boundary line is moving outward, threatening to engulf the northernmost land in which humans still live - the kingdom of Southmarch. For centuries, the Eddon family has ruled in ancient, forbidding Southmarch Castle, guarding the border against the Qar's return, but now this powerful royal line has been dealt a devastating blow. The monarch, King Olin, is being held captive in a distant land, and it falls to his inexperienced heirs to lead their people in a time of growing danger and dread. It is on the two youngest Eddons that the heaviest burdens fall. The twins Barrick and Briony, who in such evil times have only each other, may lose even that bond as darkness closes over them. As the Qar's power reaches out across their land, will Southmarch Castle, the only home they've ever known, become in fact what it has long been called - Shadowmarch?

This title is due for release on February 11, 2010
We'll send you an email as soon as it is available!