Shake Hands for Ever 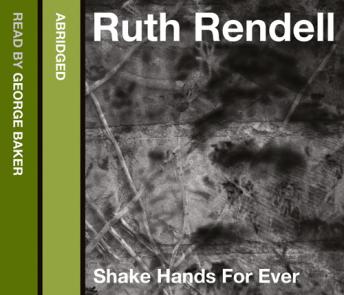 Most people would have screamed. Mrs Hathall made no sound. She had seen death many times before, but she had never before seen a death by violence. Heavily, she plodded across the room and descended the stairs to where her son waited. ‘There’s been an accident’, she said. ‘Your wife’s dead.’


Chief Inspector Wexford could discover no motive, no reason and no suspect – all he had were his intuitive suspicions. Probably he was reading meaning where there was none; probably Angela Hathall really had picked up a stranger, and that stranger had killed her. But why such doubt? Was Wexford becoming cynical and untrusting – or was this simply one of the most ingenious crimes he had ever tackled?

Shake Hands for Ever