Shakespeare Saved My Life: Ten Years in Solitary With the Bard 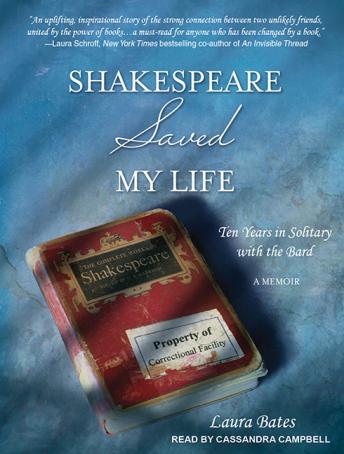 Shakespeare professor and prison volunteer Laura Bates thought she had seen it all. That is, until she decided to teach Shakespeare in a place the bard had never been before-supermax solitary confinement. In this unwelcoming place, surrounded by inmates known as the worst of the worst, is Larry Newton. A convicted murderer with several escape attempts under his belt and a brilliantly agile mind on his shoulders, Larry was trying to break out of prison at the same time Laura was fighting to get her program started behind bars.

Thus begins the most unlikely of friendships, one bonded by Shakespeare and lasting years-a friendship that, in the end, would save more than one life.

Shakespeare Saved My Life: Ten Years in Solitary With the Bard