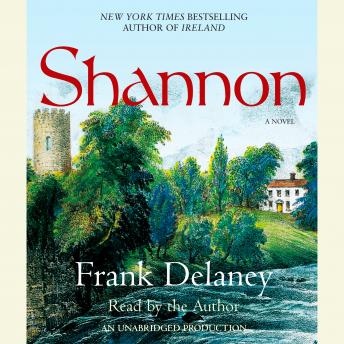 Shannon: A Novel of Ireland

#3 of A Novel of Ireland

In the summer of 1922, Robert Shannon, a young American hero of the Great War, lands in Ireland. A Marine chaplain, he was present at the frightful Battle of Belleau Wood, and he still suffers from shell shock. His mentor hopes that a journey Robert had always wanted to make to find his family roots will restore his equilibrium and his vocation. But there is more to the story: On his return from the war, Robert Shannon witnessed startling and lethal corruption in the Archdiocese of Boston. As a consequence, he has also been sent to Ireland to secure his silence permanently.

At dawn one morning, Robert steps ashore from a freighter in the river’s estuary and is thrust headlong into the maelstrom of Irish politics, with the country now roiling from the civil war that followed the 1921 Treaty with Britain. While Robert faces the dangers of a strife-torn nation and is pursued by the venom of true evil, Ireland’s myths and people, its beliefs and traditions, its humor and wit, unfurl healingly before his feet every step of the way.

Shannon is a timeless and unforgettable account of salvation, belief, duty, and the healing power of discovering one’s roots.

Beautiful to my ears, humor slipped in unexpectedly made me laugh out loud.