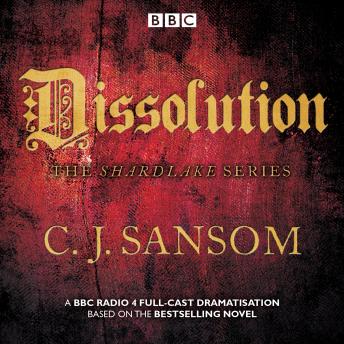 Winter, 1537. Henry VIII has declared himself Supreme Head of the Church, and instructed his chief minister Thomas Cromwell to dissolve England's religious houses and seize their wealth. But Cromwell's plot to bring down the abbeys has hit a snag – one of the King's Commissioners has been found brutally murdered in Scarnsea monastery, on the south coast of Kent. If news of the killing were to get out, the consequences could be disastrous.

Desiring a quick, discreet result, he sends his trusted lawyer-detective, Matthew Shardlake, to investigate. However, as Shardlake interviews the prime suspects and delves deeper into the mysteries of Scarnsea, it soon becomes clear that the case will not be as simple to solve as he had hoped. Which of the terrified monks is the murderer? And can Shardlake catch him before he strikes again?