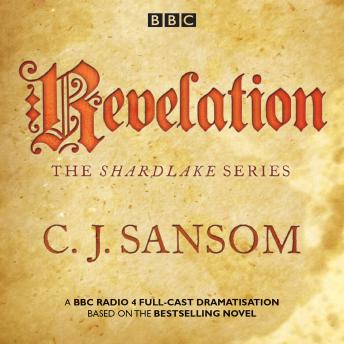 Spring, 1543. London’s streets are filled with preachers; strange signs and portents are seen everywhere; and young men, maddened by differing interpretations of the Bible, are drawn into dangerous fundamentalism.

The family of one such man, Adam Kite, has sought help from lawyer Matthew Shardlake. Adam is suffering from religious mania, and is being held in Bedlam for his own safety. But Shardlake is distracted from the case when his friend Roger Elliard is found brutally murdered – the victim of a serial killer inspired by the Book of Revelation.

Archbishop Cranmer asks Shardlake to conduct a secret investigation: no word of the bloodshed must reach the King as one of the dead men was close to Catherine Parr, Henry’s latest romantic obsession and (like Cranmer) a supporter of religious reform.

With the help of trusty sidekick Barack, Shardlake embarks on his most dangerous investigation yet, as he tries to protect Adam and prevent the killer from fulfilling his unholy mission...