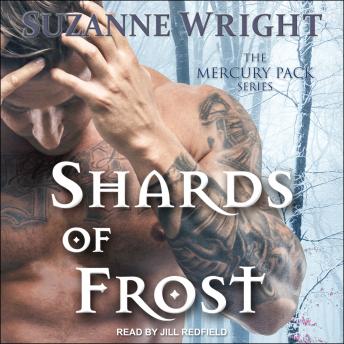 When had life stopped being so simple? Probably around the time that Casey Frost first agreed to pay off her drug addict brother's debt to save him from a brutal beating. It soon became a 'thing.' When the dealer-who's also an Alpha shifter-demands she do something that goes against her very being, Casey decides enough is enough. It's while she's confronting the Alpha that he appears-Eli Axton, a ruthless wolf shifter with a dark reputation. When their eyes lock and the mating urge violently kicks in, she knows her world is about to change.

The last unmated male in his pack, Eli feels weary and alone. Seeing his friends so happy makes the Head Enforcer acutely feel the absence of his true mate. He wouldn't have expected to find her in the parking lot of a shifter fight club, or for her to be such an unusual breed of shifter. Certain that the female enforcer belongs to him, he doesn't hesitate to claim her. Not everyone is happy to see Casey mated, though. Soon danger is coming at them from different angles, threatening the life they're trying to build. Their enemy needs to be eradicated fast. But how did you destroy an enemy when you weren't sure who they were?