A Shared Moment of Trust: A 'This I Believe' Essay 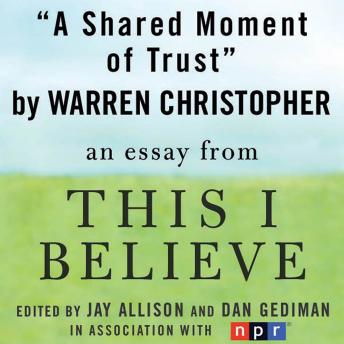 Former Secretary of State Warren Christopher reflects on humanity’s interdependence and reliance on each other, in 'A Shared Moment of Trust,' her contribution to NPR’s This I Believe series.

Shared Moment of Trust: A 'This I Believe' Essay