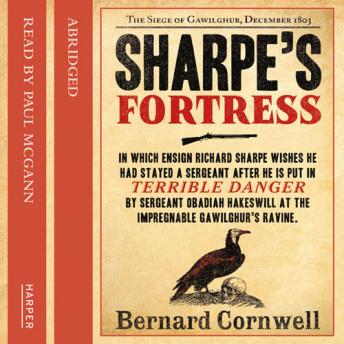 Sharpe, having just received his commission, faces his toughest battle yet in this return to India, the terrain of the bestselling Sharpe’s Tiger.


Sir Arthur Wellesley's army is closing on the retreating Mahrattas in western India. Marching with the British is Ensign Richard Sharpe, newly made an officer, wishing he had stayed a sergeant.


An act of treachery by Sharpe’s old enemy, Sergeant Hakeswill puts him in terrible danger, and leads him to the horror of the impregnable Gawilghur’s ravine. To regain his confidence and his authority, Sharpe will fight as he has never fought before.